You can consent to the use of these technologies by clicking on the button below.

Don't miss the best adventure ideas, practical infos for an unforgettable stay and many surprises. We promise, no spam! 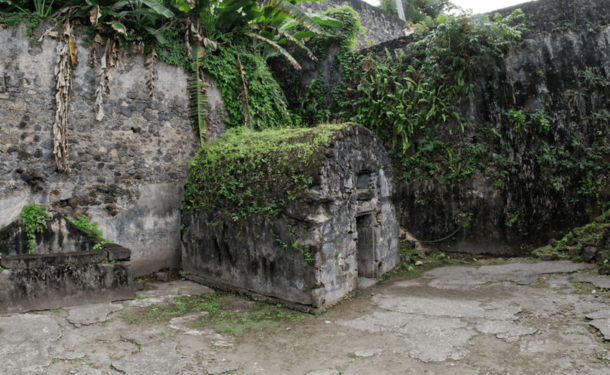 A return to the past in the oldest town of Martinique

The Cyparis dungeon is located in the town of Saint-Pierre. This picturesque city, labeled City of Art and History, is located at the foot of Mount Pelee. On the edge of the Caribbean Sea, it was for a long time the economic and cultural capital before its destruction. One can find in these places, stories worthy of a novel, like that of the dungeon of Cyparis.

The dungeon was simple had a rectangular shape. Rather narrow due to its use for prisoners, it dates from the XVIIᵉ century. It has a roof formed by a stone vault. It has only one door which is no longer there today. It must have been made of solid wood as was customary at the time. Furthermore, it disappeared in the flames caused by the volcano's anger. A small grilled opening above this door, allowed a jet of light. You can discover it proudly standing in the middle of the old ruins of the old prison of Saint-Pierre. It stands like a survivor at the end of a courtyard near a pool in the eastern part of the prison.


An infamous dungeon that saved a life

On May 11, 1902, 3 days after the deadliest eruption of the 20ᵉ century, an unremarkable prisoner made history. Amidst the rubble, rescuers from Morne Rouge a nearby commune, heard cries for help. The prisoner Louis-Auguste Cyparis is finally freed. He then recounts the hell he escaped.
An event that will forever mark the history of the city.

On the morning of May 8, 1902, Louis Auguste Cyparis explains that he heard a deafening noise. Then he heard panicked screams that inspired horror. Taking refuge in his cell, he saw nothing, but after the screams came the silence of death. A thick, burning smoke then seeps in through the window of his cell, forcing him to keep moving. He doesn't know it yet, but the volcano has erupted, and lava explosions have fallen on the city. A fiery cloud covered the sky and extinguished the sun forever for thousands of people.

Originally from the town of Prêcheur, a sailor and farmer, it was a combination of circumstances that saved his life. Sentenced to prison for having wounded a comrade with a knife, he escaped to participate at a party. When he returned to be a prisoner, he was sentenced to a dungeon. The thickness of the walls combined with a location at the foot of Morne Abel allowed him to be protected. He owes his good fortune to the positioning of his cell against the wall of the eastern fence of the prison. As the openings were facing away from the burning gases, he managed to escape the reaper.

By the most unexpected chance, he became a famous survivor. One of the few survivors of a disaster that will destroy the entire city under the fire of the eruption. His makeshift shelter, which saved his life, has been listed as a historical monument since 25 July 1979.

A moving and cultural visit

You will walk in the footsteps of the city's former inhabitants. At the bend in the old city's remains, you will discover this almost sacred place where a legend was born. You will plunge back into a moment of history that holds moving secrets and moments engraved forever. The memory of this Mount Pelee which rumbled louder than all.

Relive a past covered by lava flows. Near the remains of the theatre, you can contemplate this almost intact historical site, a must-see during your stay. Pay tribute to a survivor known as Ludger Sylbaris who eventually died in poverty in 1929 in Panama. 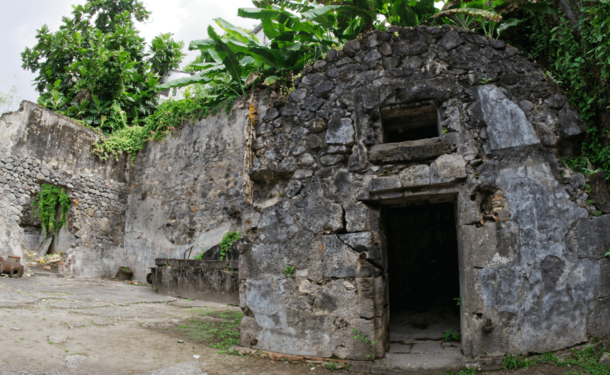 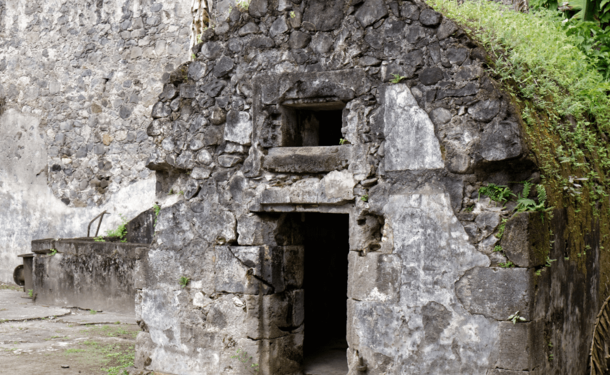 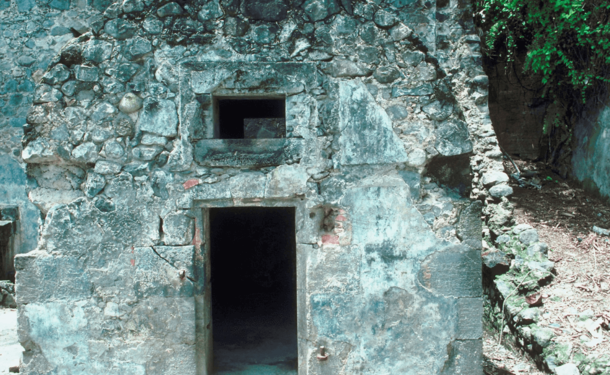 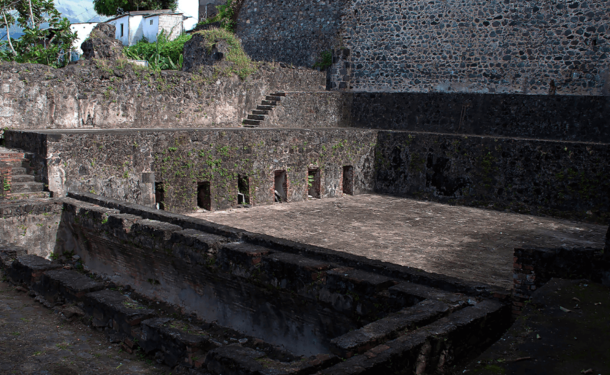 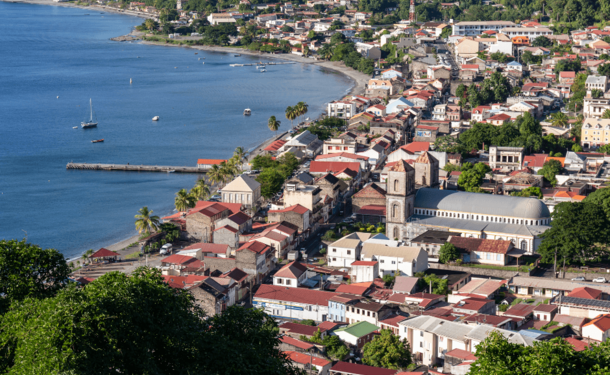 The monuments of the island of Martinique

Other sites in Martinique

Read more
The Ecomuseum of Martinique

Read more
The Village of Pottery

Read more
The House of Cane

Some activities to do in Martinique

Funboard in the bay of Vauclin

Street Art Tour in the heart of Fort-de-france

Escapade on the turtle road in the south of Martinique 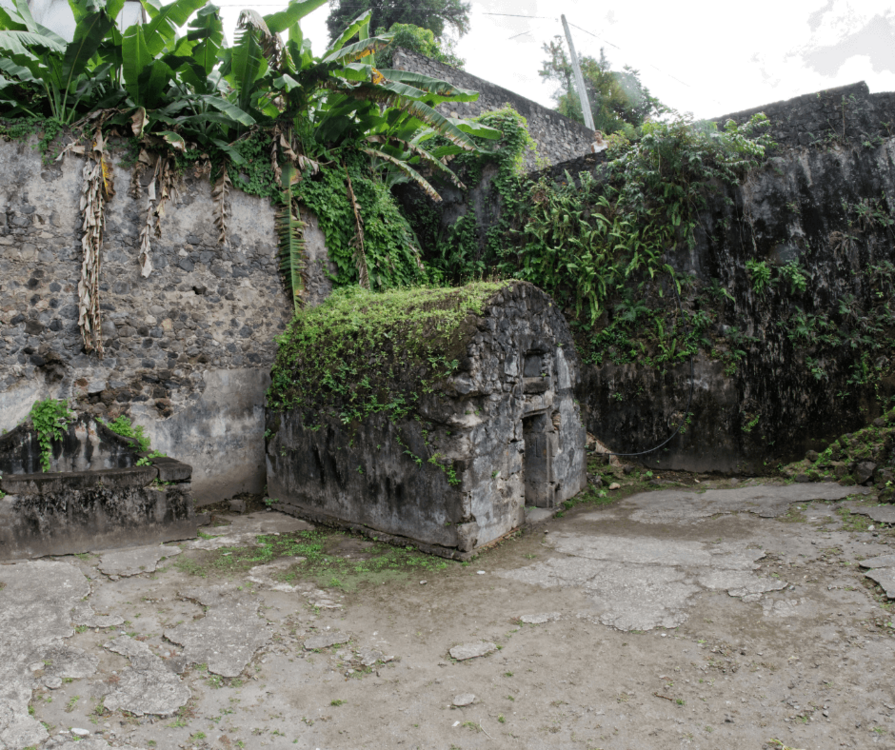 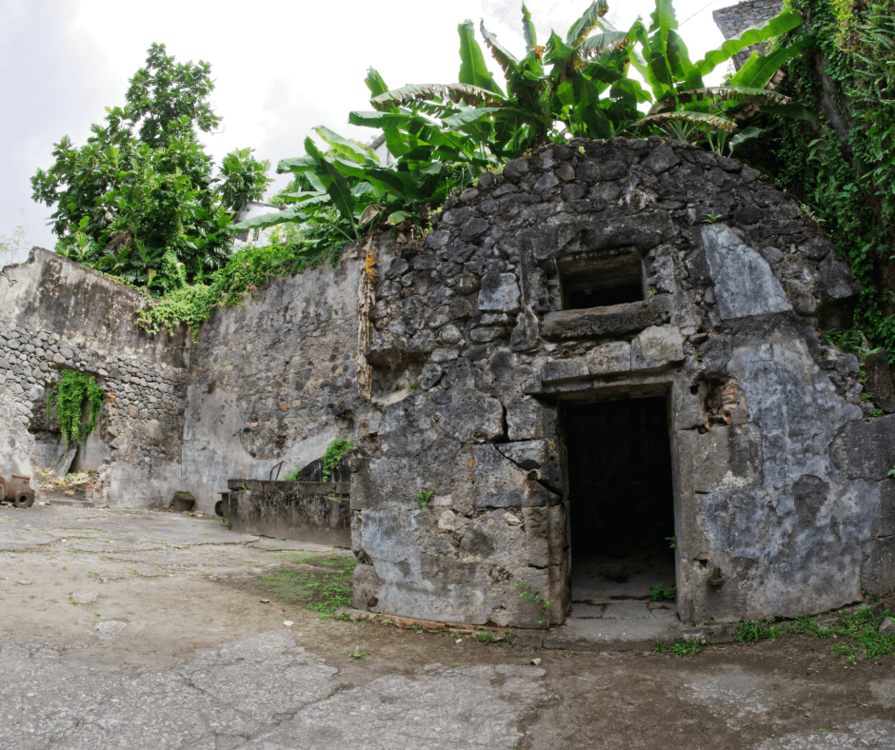 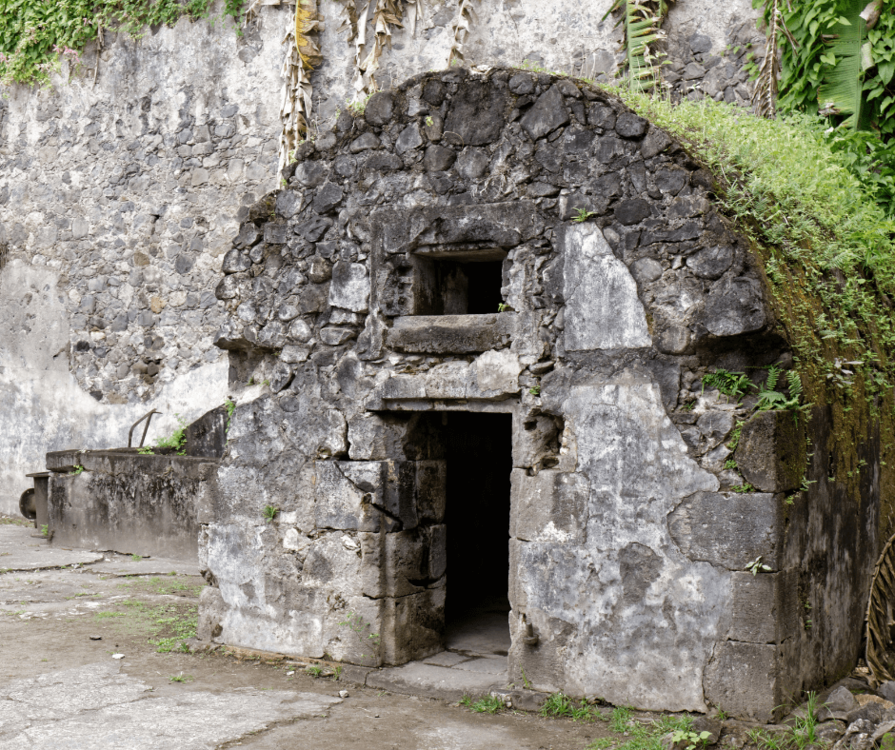 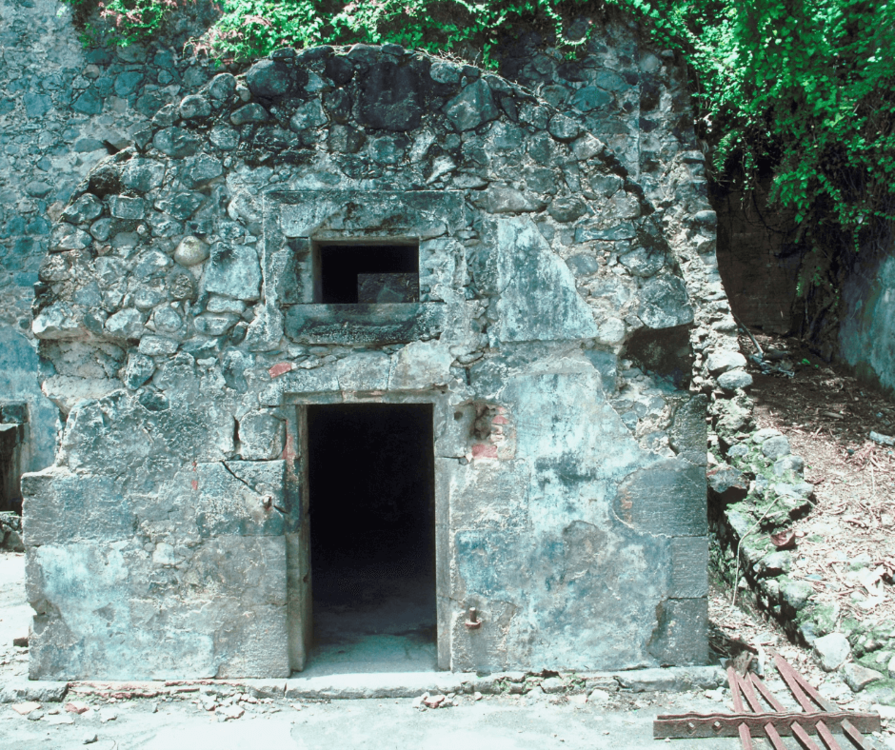 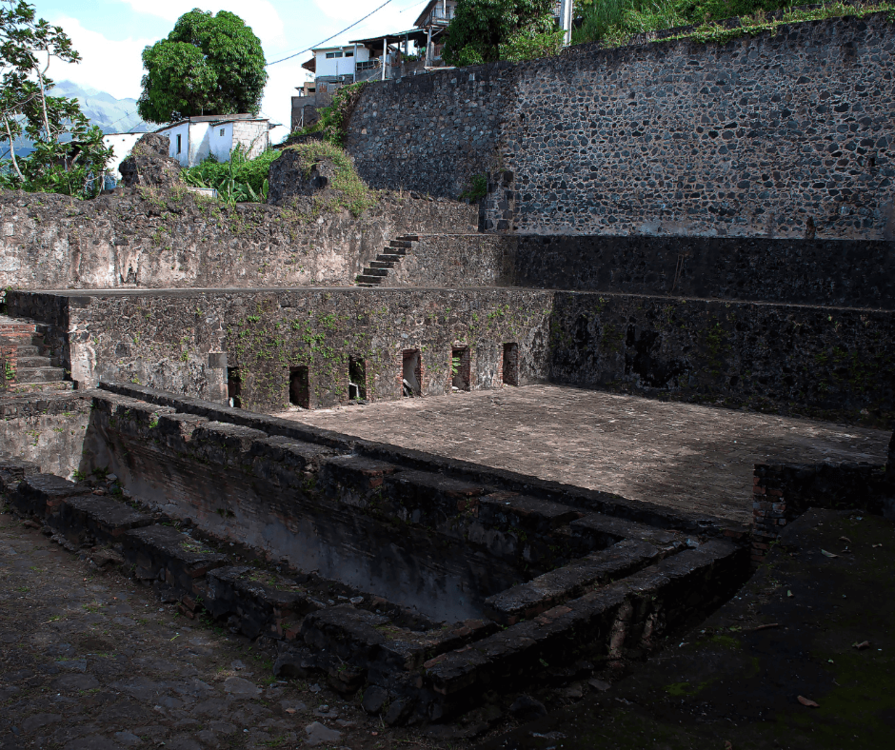 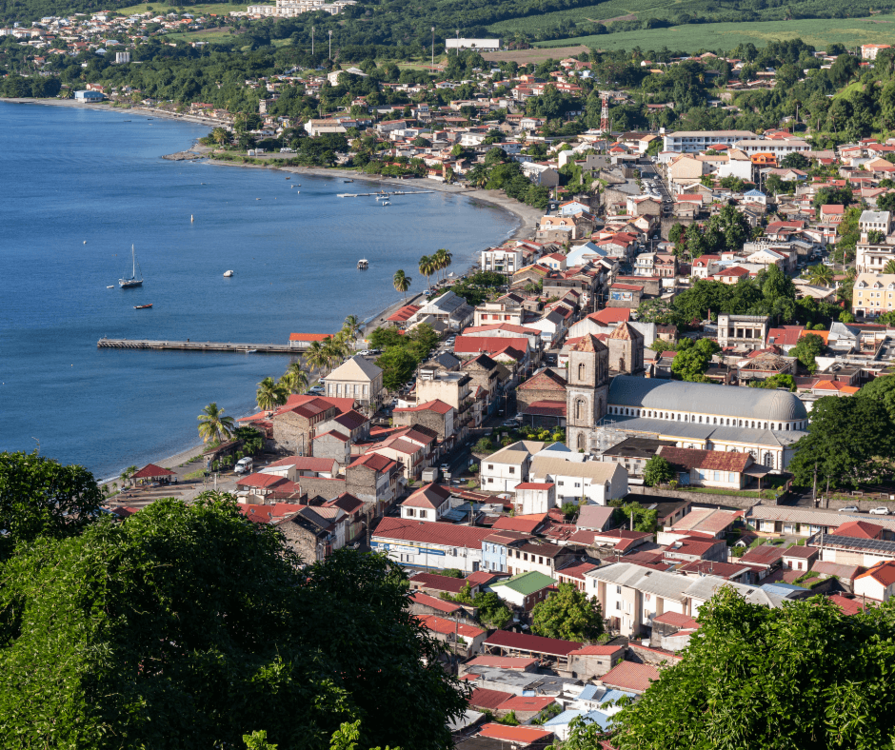 Go on an adventure with passionate people
Contact us by chat

Our team is ready to assist you with your booking and answer your questions!

Choose your application below

We promise to be responsive 😇